Find your next vacation in Germany

Find your next vacation in Germany

In Germany, you have a lot of things to watch.
The Black Forest stretches from the High Rhine in the south to the Kraichgau in the north.
In the west it is bounded by the Upper Rhine Plain
in the east it transitions to the Gäu, Baar and hill country west of the Klettgau.

The Black Forest is the highest part of the South German Scarplands and much of it is densely wooded, a fragment of the Hercynian Forest of Antiquity.
It lies upon rocks of the crystalline basement and Bunter Sandstone, and its natural boundary
with the surrounding landscapes is formed by the emergence of Muschelkalk, which is absent from the Black Forest bedrock.

Few holiday regions are as diverse as the Black Forest. Its 11,400 square kilometers in the south-west of Germany are home to a rapidly changing landscape, with forests in the north, the less dense central Black Forest, and the mountainous south that leads down to the Rhine.

why visit in the black forest?

When you travel to a beautiful place It motivates you and gives you the power to keep work and live the life you want and deserve to live. 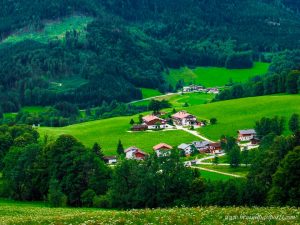 Here you can find your next vacation